The Right of Name Protection in Trademark Prosecution in China

Born in New York, USA, Michael Jeffrey Jordan (hereinafter referred to as “Jordan”) is a former American men’s basketball player and shooting guard known as the “God of Basketball”. As one of the greatest basketball players in history, he was inducted into the Naismith Memorial Basketball Hall of Fame in 2009 and the top 75 players in NBA history in 2021.

In April 2007, Jinjiang Maike Shoes Plastic Co., Ltd. filed an application for trademark No. 6020569 “乔丹” (read as QIAO DAN, in Chinese characters, hereinafter referred to as the “Disputed Trademark”). The Disputed Trademark was approved for registration in March 2010 and was designated “balls for games; body-training apparatus; arrows; machines for physical exercises; cuffs”, etc. in Class 28. In August 2011, the Disputed Trademark was assigned to QIAO DAN Sports Co., Ltd. (hereinafter referred to as “QIAO DAN Company”).

In 2012, Jordan has applied to the Trademark Review and Adjudication Board (“TRAB”), for the purpose of cancellation against the Disputed Trademark. He believed that the registration of such trademark has violated relevant laws and regulations, including Articles 2 and 5(3) of the Anti-Unfair Competition Law, Articles 10.1 (8), and 41.1 of the Trademark Law (revised in 2001).

TRAB has made the decision to deny Jordan’s cancellation petition, to maintain the mark’s validity, however in disagreement, Jordan filed an administrative lawsuit against the decision and brought the case to the local court in Beijing. He did not have luck at the first instance court proceeding by Beijing 1st Intermediate Court, nor at the second instance by Beijing High Court, so he decided to bring the case to the Supreme People’s Court (“SPC”) for a review.

By examining the whole case file, SPC deemed that Michael Jeffrey Jordan has become certain popularity and was well known by the relevant public in sports, and when people talked about Jordan’s name, they would connect with Michael Jeffrey Jordan easily and directly, and the name of Jordan has its Chinese equivalent name as QIAO DAN for years, the connection applied to the Chinese name QIAO DAN as well.

From this long-journey case to fight for the right of the name, we could summarize that the court affirms to the right of name is the person’s legal right with his/her name, and this could constitute a prior legal right under the Trademark Law. If a foreign individual has significant influence in the relevant area, as a kind of celebrity, his/her name should enjoy the same right of the name as well, including the Chinese equivalent name, as the public in China would preferably name their loved idol in the mother language, in the event that it fulfills the following aspects: 1) the specific name has certain popularity in China and well known by the relevant public; 2) the relevant public normally uses the specific equivalent name to represent the celebrity; 3) the Chinese equivalent name has established kind of connection with the celebrity’s own name. The other factor, such as whether the applicant has bad faith in filing the mark, should be also considered by the court.

The Individual FANG Yuzhou filed an application for trademark No. 1387094 “马诺罗•贝丽嘉 Manolo & BLAHNIK” (hereinafter referred to as the “Disputed Trademark”) in January 1999. The Disputed Trademark was approved for registration in April 2000 and was designated on “boots; shoes”, etc. in Class 25.

In 2014, the Spanish fashion designer MANOLO BLAHNIK has applied to the Trademark Review and Adjudication Board (“TRAB”) for the invalidation of the Disputed trademark. He believed that the application for the registration of the trademark violated Article 10.1(7), 10.1(8), 13.1, 31, and 41.1 of the Trademark Law (rev. 2001).

TRAB made the decision to deny MANOLO BLAHNIK’s application, maintaining the validity of the Disputed Trademark, and later MANOLO BLAHNIK brought the case to the local court for administrative proceedings. However, neither the first instance trialed by Beijing Intellectual Property Court nor the second instance trialed by Beijing High Court has supported his claim. The Disputed Trademark has remained valid. MANOLO BLAHNIK decided to file a review to the Supreme People’s Court (“SPC”) for re-examination.

Through the review of this case by SPC, we can summarize that the court emphasizes the connection between the name of the celebrity and the products that the celebrity has a strong influence on, especially the public’s awareness of the celebrity and the products. For foreign celebrities, their reputation and influence would be considered not only by the public directly in the mainland areas but also in the neighborhood area such as Hong Kong via commercial activities.

A couple of factors should be considered when seeking protection on the right of one’s name, during the trademark administrative procedures:

1. Reputation. Whether the relevant public would easily establish the connection between the celebrity’s name and the trademark identical to this name.

2. Relevance. Whether the relevant public would consider some kind of representation or relationship between the goods or service under the disputed trademark and the celebrity that has the same name.

3. Whether the applicant files the registration with bad faith and prior awareness about the celebrity or famous person’s name.

There are also other factors involved when examining the risk assessment of a case in similar circumstances, and please feel free to contact us with any questions pertaining to the details of the case. 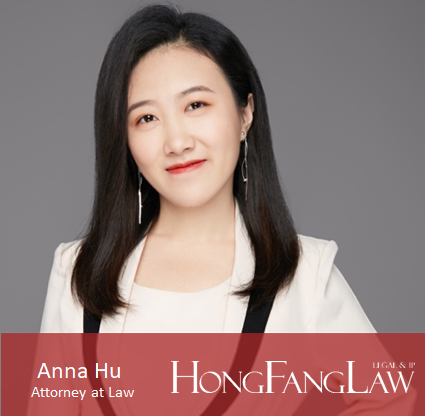 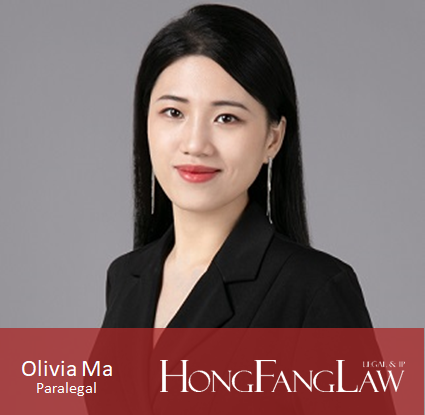